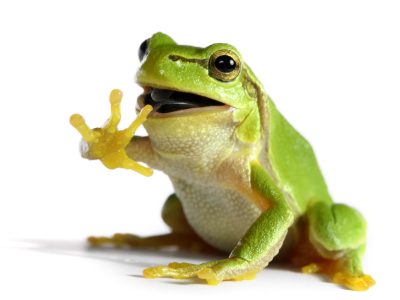 In previous Discover Music classes we have learned about how vibrations allow us to make sound and how various ways of producing vibrations can present a wide array of sounds for us to work with and manipulate.

This past weeks class was different.  We got to explore how to use sound to manipulate our perception of the visual media we see as we created our own mini soundtracks to participant’s illustrations.  Our soundtracking & sound design class shows how easily we can change the visuals presented in front of us by adding a variety of different and unpredictable sounds.  As a component of creating our soundtracks we also made rain sticks.

Below are samples of soundtracks and illustrations made around the same story The Hungry Frog by Marcus Wong.

Sitting alone in a pond, a big green frog was trying to ignore his empty stomach but found it impossible as he was very, very hungry.

Luckily, he spotted a swarm of flies gathering near the shore of the pond.  He thought, “If I can just get close enough to those flies I will finally be able to eat!”

The flies could see the frog approaching and decided that they needed to seek some protection.  And as luck would have it, they saw a rattlesnake laying in the tall grass nearby.  Surely the frog would not dare come close enough to eat them now.

However, the frog did not see the rattlesnake.  And the rattlesnake soon realized that if he stayed still, hidden in the tall grass, he would be having frog for lunch.

The frog got closer and closer to the swarm of flies, until he was only a few inches from both them and the snake.  The snake opened his mouth and got ready to take a bite of the frog when all of a sudden a lightning bolt shot across the sky, startling the creatures.  And all of a sudden, a huge rainstorm swept over the pond, scaring away the flies, frog, and rattlesnake.  None of the creatures got to eat after all.